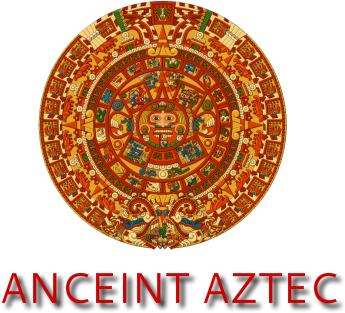 Francisco H. Vasquez has shown us in his article, “Aztec Epistemology,” that there is an historical precedence for the poetic use of language in Aztec (indigenous) culture:

“The tlamatinime (wisemen) compared their metaphysically oriented knowledge with the ideal of true knowledge to the extent that man is able to grasp it, and their doubts about the possibility of finding truth grew. The tlamatinime then presented their theory of metaphysical knowledge in terms of poetry. The Aztec epistemological conception was crystallized in a meeting of poets and wisemen. A particular poem was recited which embodies the concept of “flower and song” as the way to find truth”.

In Aztec epistemology, that which Vasquez refers to as metaphysically oriented knowledge is the Aztec cosmology and spiritual beliefs, whereas the ideal of true knowledge was believed to be based on observation. Aztec epistemology, then, can be expressed in Western terms as a form of dualism. Thus, it was after a comparison between observation (facts) and ideology (beliefs) that the Aztec came to express ideology in terms of poetry through the expression “Flor Y Canto” (flower and song is a metaphor for poetry). In this view, observation takes on a functional role while ideology is believed to be essential for understanding the human condition and finding the way to truth.

In an article entitled “El Legado Indio”, Picón- Salas offers us an examination of our indigenous legacy which has led him to contend that the approach to language taken by the indigenous (Aztec, Maya, and Inca et. al.) is both symbolic and poetic. Further, he believes that this also represents the structure of indigenous consciousness:

“Symbolic, and simultaneously poetic, is the whole mental system of the native. In the face of logic, realism and the anthropocentrism of Western culture, the Indian erects his world of mysterious affinities… The “word in disguise” was the unintelligible formula to the uninitiated with which the priest and the sorcerer conjured the mysterious forces. ”

Magical thinking is the ability, consciously or unconsciously, to access the flow of energy that binds all human beings together. Unfortunately, in a worldview that gives emphasis to the way we view human existence to the realm of science, it is not an appropriate way to view or interact with nature. Strict adherence to the principles of science forces upon the citizens of society the need to reject any beliefs based in principles that are not able to be verified empirically.

Western Europeans and their ideological antecedents had a couple of experiences in common that served to bind them all together. Specifically, they all lived under one form of tyranny or another and they all found war to be a consistent social reality. Alternatively, even the allegedly savage Aztecs, as a warrior tribe that conquered others in their expanse northward, incorporated the conquered tribes into their own worldview to eventually become citizens of the Aztec Empire. In this context, looking from within the empire itself, war could be seen as a young man’s burden dedicated to the expanse of the empire.

The majority of Aztec citizens, however, were able to live under the protection of the empire in a manner that Aztec families could enjoy their lives among their fellow citizens. Although the rules of the king were harsh, they did apply to everyone equally and required an offense to be invoked. This was possible because, as previously stated, their poetic consciousness was first and foremost a language based on the realization that we are all human beings sharing our interactions with each other and with nature. This, then, is the inherent knowledge base of poetic consciousness.